Mating in Manitoba: Love is in the Air By Abigail Byle 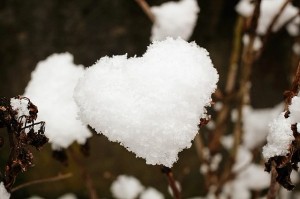 Many Manitoba mammals start to breed as early as February, and some of them have interesting mating habits. One species that breeds as early as February is the coyote, which may remain together with the same partner for more than ten years and produce one litter a year. Each litter has an average of six pups, which are born in April or May.
Red foxes and swift foxes also breed between early January and mid-March, depending on the area, and are usually, but not always, monogamous. After breeding, the mother fox, or vixen, will select a den to raise her pups. The gestational period is about 50 days, so the pups are born from April through May. Each litter can have up to ten pups, but there are usually around five pups in a litter that are born with their eyes closed.

Other animals that breed at this time of year include skunks, beavers, and raccoons. By late February or March, skunks in Manitoba begin to awaken from winter inactivity, emerge from their dens, and start breeding. Baby skunks are born in early May, and there are usually four to six in a litter. The newborns weigh about 15 g, are blind, and are nearly naked at birth. Beavers breed in late January/early February and also take one mate for life. Beavers have strong family units, centred on the female, who establishes and keeps the den.

Raccoons will begin breeding as soon as late January or early February in the northern ranges. The gestational period is about 63 days, and the litters range from three to seven young. Male raccoons are not monogamous and a male may mate with several females consecutively, while females are monogamous and will not accept any other males after mating. Juvenile females will breed during their first year, but male raccoons usually are not able to mate until their second year because of competition from other males.

Two other Manitoba mammals also breed in February and March: the black-footed ferret and the lynx. Black-footed ferrets were once feared to be extinct and were reintroduced in Manitoba, so their breeding success is even more important. Black-footed ferrets time their breeding according to the sun and have some unusual characteristics. Female ferrets do not actually ovulate and males will only show their testicles right before the breeding season, which peaks in March and April. Gestation for ferrets lasts for 42 to 45 days, with a litter of about three or four kits born blind and hairless.

Lynx mate in February and March, and their young are born in April and May after a 60- to 65-day gestation period. Their litters are usually around four in total and lynx normally give birth under uprooted trees or in hollow logs for protection. Hopefully, this active time of year will result in a spring season teeming with new wildlife in Manitoba.